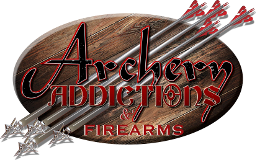 Not made as a conversion, the 1872 Open Top was its own model, chambered for the .44 rimfire cartridge. Some arms students believe that the Open Top, which was only produced from 1872-1873, was made to misdirect any competition producing a metallic cartridge handgun, while the revolutionary 1873 model was being developed. Nonetheless, it was a welcome addition for anyone wanting a newly manufactured, self-contained metallic cartridge handgun, rather than a conversion from a percussion arm, during the last years of the cap and ball revolvers' production. Later production Open Tops were made with 1860 Army-sized grips. Due to its limited run of only around 7,000 guns, coupled with the hard use many of these sixguns were put through on the frontier, original examples of the 1872 Open Top are among the more desirable and difficult to obtain firearms collectibles. Cimarron's 1872 Open Top Army, like the original revolver in our collection it was reproduced from, combines the sleek, graceful lines of the caplock sixguns of the 1860s with the convenience of a modern metallic cartridge revolver. Chambered for the frontier favorites of .45 Colt, the Open Top Army has a 7 1/2-inch round barrel, Standard Blue and color case hardened finish and 1860 Army-sized walnut grips, Cimarron's Open Top Army is a spitting image of the 1870s originals.